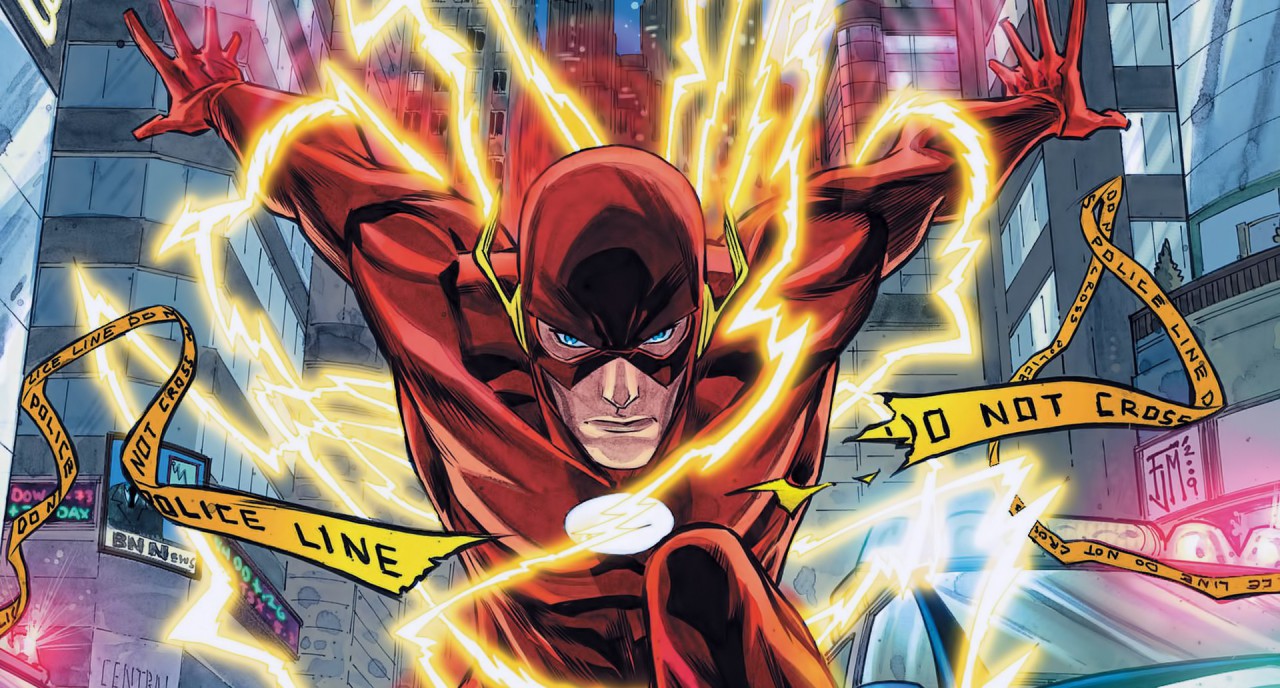 The Flash is one of DC Comics’ most popular characters and has been integral to the publisher’s many reality-changing “crisis” storylines over the years. The original meeting of the Golden Age Flash Jay Garrick and Silver Age Flash Barry Allen in “Flash of Two Worlds” (1961) introduced the Multiverse storytelling concept to DC readers, which would become the basis for many DC stories in the years to come.

Like his Justice League colleagues Wonder Woman, Superman and Batman, the Flash has a distinctive cast of adversaries, including the various Rogues (unique among DC supervillains for their code of honor) and the various psychopathic “speedsters” who go by the names Reverse-Flash or Zoom. Other supporting characters in Flash stories include Barry’s wife Iris West, Wally’s wife Linda Park, Bart’s girlfriend Valerie Perez, friendly fellow speedster Max Mercury, and Central City police department members David Singh and Patty Spivot.

A staple of the comic book DC Universe, the Flash has been adapted to numerous DC films, video games, animated series, and live-action television shows. In live action, Barry Allen has been portrayed by Rod Haase for the 1979 television special Legends of the Superheroes, John Wesley Shipp in the 1990 The Flash series and Grant Gustin in the 2014 The Flash series, and by Ezra Miller in the DC Extended Universe series of films, beginning with Batman v Superman: Dawn of Justice (2016). Shipp also portrays a version of Jay Garrick in the 2014 The Flash series. The various incarnations of the Flash also feature in animated series such as Superman: The Animated Series, Justice League, Batman: The Brave and the Bold and Young Justice, as well as the DC Universe Animated Original Movies series.

One thought on “The Flash”