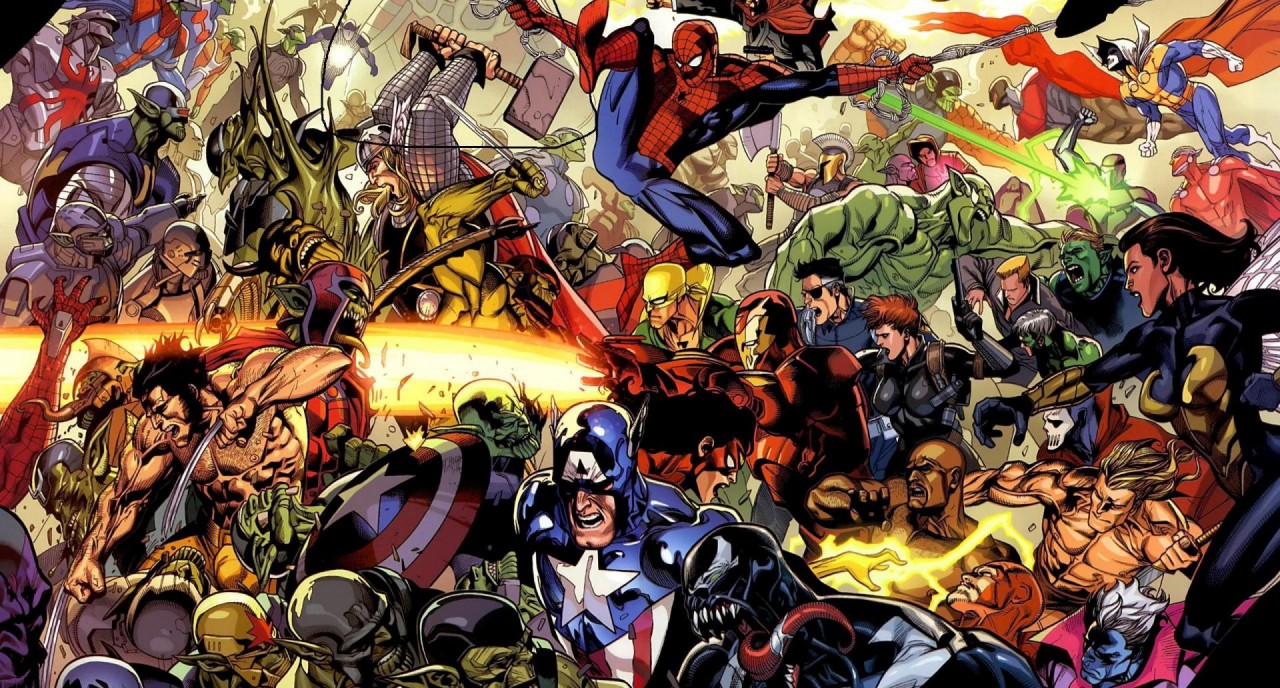 Marvel started in 1939 as Timely Comics, and by the early 1950s had generally become known as Atlas Comics. The Marvel era began in 1961, the year that the company launched The Fantastic Four and other superhero titles created by Steve Ditko, Stan Lee, Jack Kirby and many others. The Marvel brand had been used over the years, but solidified as the company’s only brand within a couple of years.

Marvel counts among its characters such well-known superheroes as Spider-Man, the Hulk, Iron Man, Thor, Captain America, Wolverine, Black Panther, Doctor Strange, Captain Marvel, Scarlet Witch, Hawkeye, Daredevil, the Silver Surfer, Nova and Deadpool, such teams as the Avengers, the X-Men, the Fantastic Four, the Midnight Sons, the Defenders, and the Guardians of the Galaxy, and supervillains including Doctor Doom, Thanos, Magneto, Ultron, Green Goblin, Red Skull, Loki, the Leader, Kang the Conqueror, Venom, Kingpin, Apocalypse, Annihilus, Dormammu and Galactus. Most of Marvel’s fictional characters operate in a single reality known as the Marvel Universe, with most locations mirroring real-life places; many major characters are based in New York City.

One thought on “Marvel Comics”