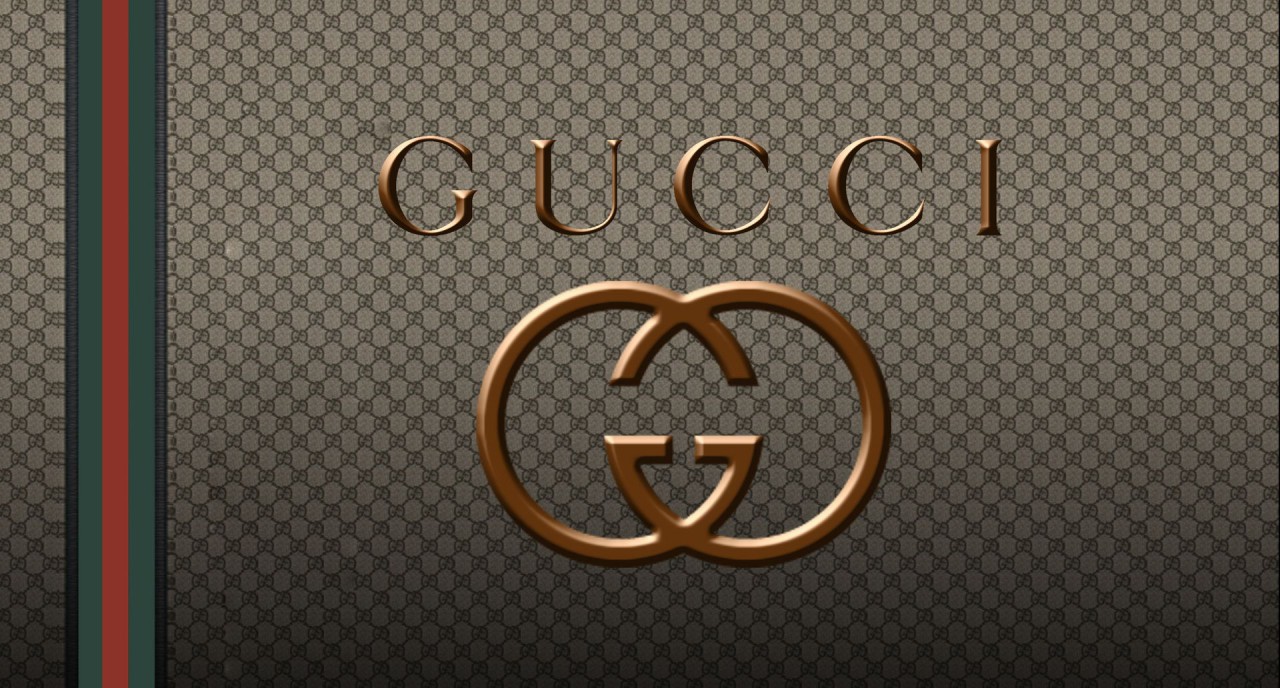 Gucci (/ˈɡuːtʃi/, GOO-chee; Italian pronunciation: [ˈɡuttʃi]) is an Italian luxury brand of fashion and leather goods. Gucci was founded by Guccio Gucci in Florence, Tuscany, in 1921. Gucci generated about €4.2 billion in revenue worldwide in 2008 according to BusinessWeek and climbed to 41st position in the magazine’s annual 2009 “Top Global 100 Brands” chart created by Interbrand; it retained that rank in Interbrand’s 2014 index. Gucci is also the highest-selling Italian brand.

Gucci operates about 278 directly operated stores worldwide as of September 2009, and it wholesales its products through franchisees and upscale department stores. In the year 2013, the brand was valued at US$12.1 billion, with sales of US$4.7 billion. In the Forbes World’s Most Valuable Brands list, Gucci is ranked the 38th most valuable brand, with a brand value of $12.4 billion as of May 2015. As of January 2015, the creative director is Alessandro Michele.

With beginnings at the end of the 19th century, the Gucci company became one of the world’s most successful manufacturers of high-end leather goods, clothing, and other fashion products. As an immigrant hotel worker in Paris and later London, young Guccio Gucci (1881–1953) was impressed with the luxurious luggage he saw urbane guests bring with them at the Savoy Hotel. Before leaving, he visited the manufacturer, H.J. Cave & Sons. Upon returning to his birthplace of Florence, a city distinguished for high-quality materials and skilled artisans, he established a shop in 1920 that sold fine leather goods with classic styling. Although Gucci organized his workrooms for industrial methods of production, he maintained traditional aspects of fabrication. Initially, Gucci employed skilled workers in basic Florentine leather crafts, attentive to finishing. With expansion, machine stitching was a production method that supported construction.

Together with three of his sons, Aldo Gucci (1905–1990), Vasco Gucci (1907–1975), and Rodolfo Gucci (1912–1983), Gucci expanded the company to include stores in Milan and Rome as well as additional shops in Florence. Gucci’s stores featured such finely crafted leather accessories as handbags, shoes, and his iconic ornamented loafer as well as silks and knitwear in a signature pattern.

The company made handbags of cotton canvas rather than leather during World War II as a result of material shortages. The canvas, however, was distinguished by a signature double-G symbol combined with prominent red and green bands. After the war, the Gucci crest, which showed a shield and armored knight surrounded by a ribbon inscribed with the family name, became synonymous with the city of Florence.

Aldo and Rodolfo Gucci further expanded the company’s horizons in 1953 by establishing offices in New York City. Film stars and jet-set travelers to Italy during the 1950s and 1960s brought their glamour to Florence, turning Gucci’s merchandise into international status symbols. Movie stars posed in Gucci’s clothing, accessories, and footwear for lifestyle magazines around the world, contributing to the company’s growing reputation.

Gucci’s distinctive lines made its products among the most frequently copied in the world in the early 2000s. Pigskin, calf, and imported exotic animal skins were subjected to various methods of fabrication. Waterproof canvas and satin were used for evening bags. Bamboo was first used to make handbag handles by a process of heating and molding in 1947, and purses made with a shoulder strap and snaffle-bit decoration were introduced in 1960. In 1964 Gucci’s lush butterfly pattern was custom-created for silk foulards, followed by equally luxuriant floral patterns. The original Gucci loafer was updated by a distinctive snaffle-bit ornament in 1966, while the “Rolls-Royce” luggage set was introduced in 1970. Watches, jewelry, ties, and eyewear were then added to the company’s product lines. A particularly iconic touch, introduced in 1964, was the use of the double-G logo for belt buckles and other accessory decorations.

The company prospered through the 1970s, but the 1980s were marked by internal family disputes that brought Gucci to the brink of disaster. Rodolfo’s son Maurizio Gucci took over the company’s direction after his father’s death in 1983 and dismissed his uncle Aldo—who eventually served a prison term for tax evasion. Maurizio proved to be an unsuccessful president; he was compelled to sell the family-owned company to Investcorp, a Bahrain-based company, in 1988. Maurizio disposed of his remaining stock in 1993. Maurizio was murdered by a hitman in Milan in 1995, and his former wife, Patrizia Reggiani, was convicted of hiring his killer. Meanwhile, the new investors promoted the American-educated Domenico De Sole from the position of family attorney to president of Gucci America in 1994 and chief executive in 1995.

The company had previously brought in Dawn Mello in 1989 as editor and ready-to-wear designer in order to reestablish its reputation. Well aware of Gucci’s tarnished image and the value of its name brand, Mello hired Tom Ford in 1990 to design a ready-to-wear line. He was promoted to the position of creative director in 1994. Before Mello returned to her post as president of the American retailer Bergdorf Goodman, she initiated the return of Gucci’s headquarters from the business center of Milan to Florence, where its craft traditions were rooted. There she and Ford reduced the number of Gucci products from 20,000 to 5,000.

Steinunn Sigurdardóttir was the Director and Senior Designer for Gucci from 1995 to 2000.

There were seventy-six Gucci stores around the world in 1997, along with numerous licensing agreements. Ford was instrumental in the process of decision-making with De Sole when the Gucci Group acquired Yves Saint Laurent Rive Gauche, Bottega Veneta, Boucheron, Sergio Rossi, and, in part-ownership with Stella McCartney, Alexander McQueen and Balenciaga. By 2001 Ford and De Sole shared the responsibility for major business decisions, while Ford concurrently directed design at Yves Saint Laurent as well as at Gucci.

The French conglomerate Pinault-Printemps-Redoute, however, gained ownership of 60 percent of the Gucci Group’s stock in 2003. Women’s Wear Daily then announced the departure of both Domenico De Sole and Tom Ford from the Gucci Group when their contracts expired in April 2004. The last spring collection under the direction of Ford and De Sole was a critical and commercial success. Amid widespread speculation in the fashion press about Ford’s heir, the company announced in March 2004 that he would be replaced by a team of younger designers promoted from the ranks of the company’s staff.

As announced in December 12, 2014, Creative Director Frida Giannini and CEO Patrizio di Marco were to step down from Gucci. Marco Bizzarri was appointed CEO of the brand.

In 2017, Bizzarri said, “Being socially responsible is one of Gucci’s core values, and we will continue to strive to do better for the environment and animals,” and therefore fur would be banned from Gucci collections as of 2018. In August 2018, Gucci launched online operations in New Zealand.