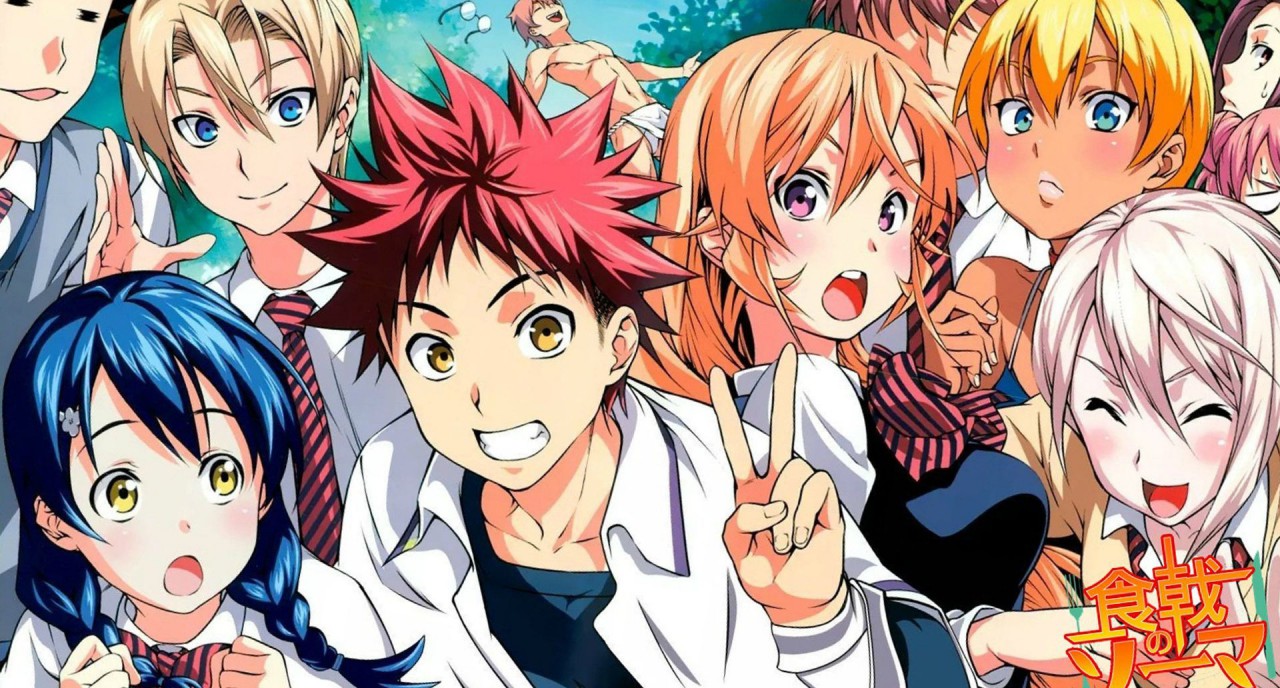 Food Wars!: Shokugeki no Soma (Japanese: 食戟のソーマ Hepburn: Shokugeki no Sōma, lit. “Sōma of the Shokugeki”) is a Japanese shōnen manga series written by Yūto Tsukuda and illustrated by Shun Saeki. Yuki Morisaki also works as a Contributor, providing the recipes for the series. Individual chapters have been serialized in Weekly Shōnen Jump since November 2012, with tankōbon volumes being released by Shueisha. As of April 2019, 34 volumes have been released in Japan. The series is licensed by Viz Media, who has been releasing the volumes digitally since March 18, 2014, and released the first volume in print on August 5, 2014.

Teenager Soma Yukihira aspires to become a full-time chef in his father Joichiro’s family restaurant and surpass his father’s culinary skills, but Joichiro gets a new job that requires him to travel around the world, and closes his shop. Joichiro has Soma enroll in Totsuki Saryo Culinary Institute, an elite culinary school where students engage in food competitions called shokugeki (anime: food war). He secures himself a spot at the school, despite the objections of Erina Nakiri, the talented granddaughter of the school’s dean. Soma is assigned to Polaris Dormitory where he meets other aspiring chefs, including Megumi Tadokoro. The story follows his adventures as he interacts with his peers and challenges Totsuki’s students as well as others in shokugeki competitions. Learning that his father was not only a student of Totsuki, but also the second seat in the Council of Ten; Soma plans on becoming the best at the academy.

Soma and the other first-year students participate in a cooking camp judged by the school’s alumni that expels about a third of the entering class. He enters the Fall Classic, a competition that takes the top 60 first-year students, pares them down to eight students who then compete in a single elimination tournament. The first-years then participate in week-long stagiaire internships at local restaurants, as well as a large-scale school-wide Moon Festival. When Erina’s father Azami takes over the school, Soma and Erina form a rebel faction to challenge the establishment. The disgruntled members of the Elite Ten Council join the Rebel Faction and with support from Joichiro and Gin, the Rebels confront Azami’s organization Central in a mass Shokugeki. Eventually the Rebels emerge victorious and oust Azami with Erina as the new Headmaster.

One thought on “Food Wars Shokugeki no Soma”